This is the second event in the brand new series, CUAN Dingle, in association with the Dingle Hub and with the support of the Live Performance Support Scheme.

The event will consist of a 15-minute performance by historian and folklorist Billy Mag Fhloinn and a performance by poet Maggie Breen followed by a 45-minute music set by Niamh Varian-Barry and Gerry O’Beirne, streamed live from the Dingle Hub.

Billy Mag Fhloinn is a Limerick native, now living in West Kerry. He holds a PhD in Irish Folklore, and a B.A. in Archaeology, from University College Dublin. He has had a fascination with Irish folklore, and the academic study of folkloristics, since his undergrad days in UCD and through this he founded Pagan Rave – an ongoing, performance-based project which aims to reimagine folk traditions and calendar customs of Ireland.

Maggie Breen’s debut collection of poetry, Other Things I Didn’t Tell, was published in 2013. She was long-listed for the Listowel Poetry Prize in 2016. She has worked as project manager/curator on a number of arts projects including Project 52/Tionscnamh 52, a year-long collaborative project with 52 artists based on the Dingle Peninsula. Born in Wexford, she now calls Dingle her home.

Niamh Varian-Barry & Gerry O’Beirne have been performing together since 2014. Exploring more than traditional Irish music, they share a love of classical and world music and together, they create sound worlds and rich musical tapestries that captivate audiences worldwide. In 2018, Niamh released her debut solo album, “Wings”, to critical acclaim (`“You could paraphrase that old Dire Straits song when talking about Niamh Varian-Barry “the girl can play”. And she can sing too. This is her debut album and on it her musical genius really does take wings”. Irish Music Magazine). In 2019, Gerry released “Swimming the Horses” – a collection of new songs and music written in West Kerry and recorded in an old cottage in Dún Síon near Dingle. His compositions, as always, blend the passion found in traditional music with the freshness of contemporary song 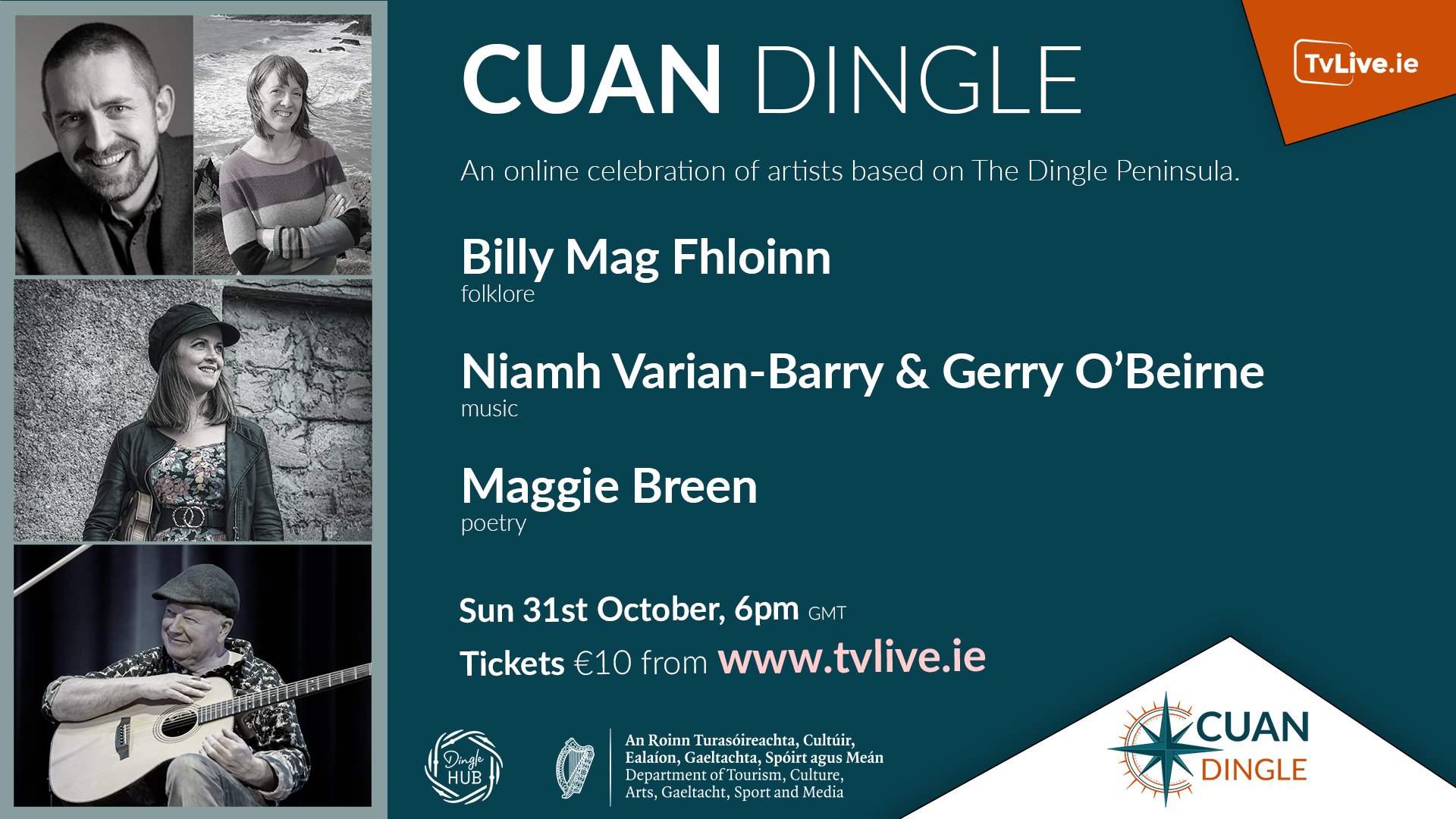