This is the first event in the brand new series, CUAN Dingle, in association with the Dingle Hub and with the support of the Live Performance Support Scheme.

The event will consist of a bilingual (English/Irish) performance by poet Dairena Ní Chinnéide at “The Green Room @ John Benny’s”, followed by a 45-minute music set, streamed live from The Dingle Hub.

Dairena is a much-celebrated bilingual poet, weaving words and spells around her audiences in both English and Gaeilge. She is currently the Poet Laureate for Listowel, Co Kerry. Her previous collections tell a lot of her entrancing qualities as an award-winning poet; Fé Gheasa : Spellbound, Arlen House, (2016), Labhraíonn Fungie/Fungie Speaks (Ponc Press, 2015), Poll na mBabies (Coiscéim, 2008). She has performed at Electric Picnic, West Cork Literary Festival, Centre Culturel Irlandais, Paris, American University, Washington D. C., AWP, Boston and among her recent awards is the Patrick and Katherine Kavanagh Fellowship.

This guitar duo from Dingle, Mattie Barker & Fionn O’Neill, effortlessly blend jazz, world and Irish traditional music and have sold out shows all across Europe. Both are also members of high-octane Dingle band, Naked Animals, with whom they released their self-titled debut EP on 1st of February 2020. They will be joined by guest singer Clodagh Kearney, an outstanding multi-instrumentalist and singer originally from Wexford. 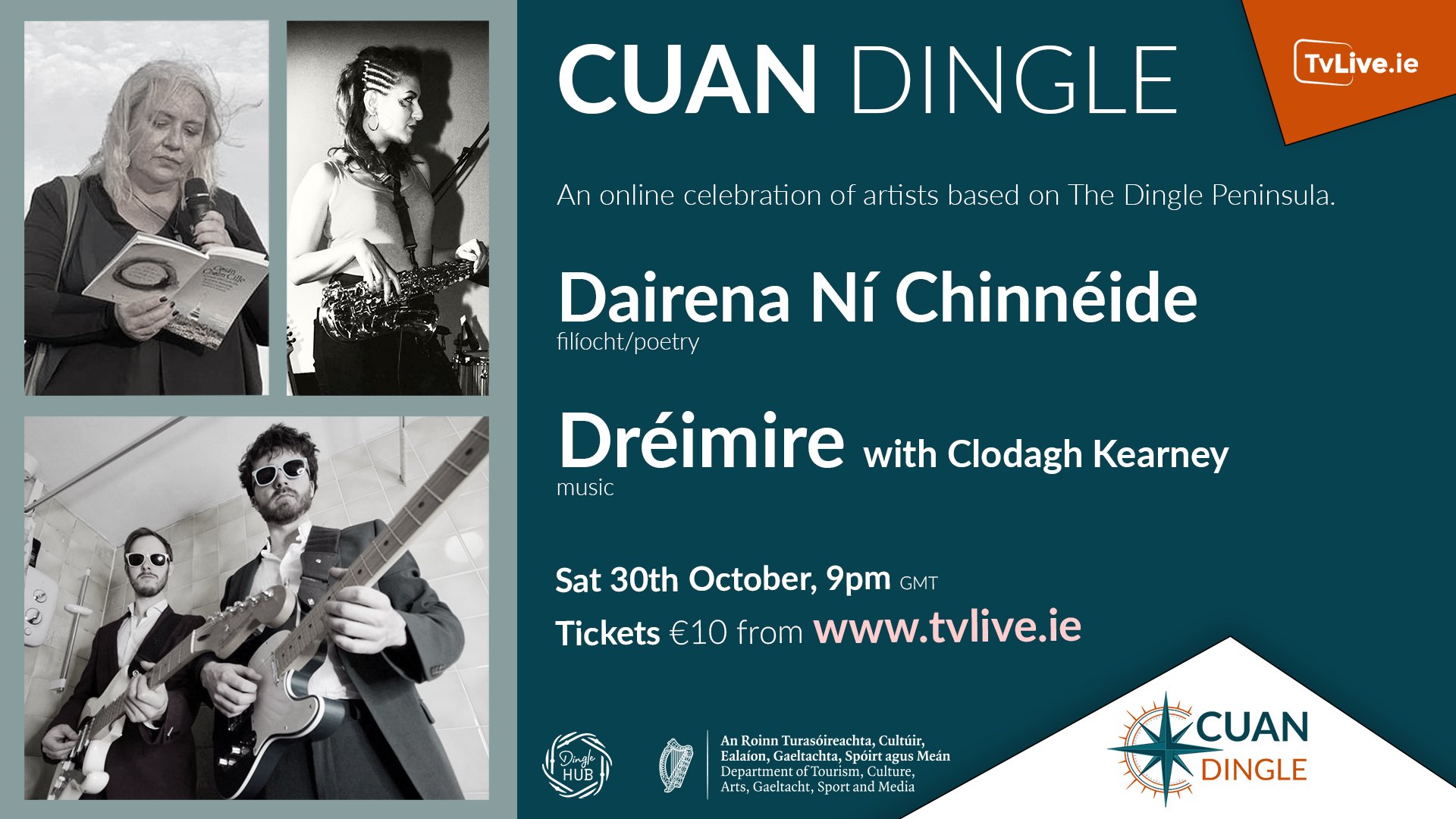